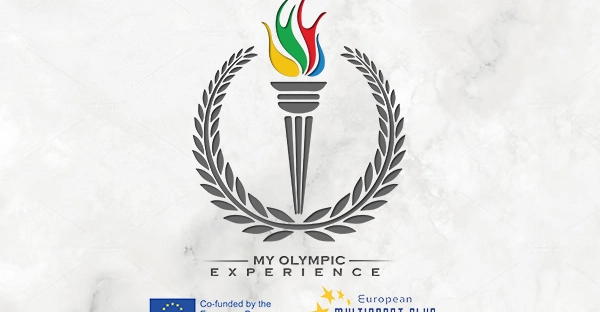 My Olympic Experience is a project co-funded by the Erasmus+ Programme of the European Union. This is a ‘’Small Collaborative Partnership’’ programme coordinated by Olympiacos SFP and with the involvement of Levski – Sport For All and Lazio Chess.

Olympics are a celebration of friendship, unity and peace. The goal of the Olympic Movement is to contribute to building a peaceful and better world by educating youth through sport practiced without discrimination of any kind and in the Olympic spirit, which requires mutual understanding with a spirit of friendship, solidarity and fair play. The Olympic spirit is linked to the values and ideals of Olympism. These values have a large contribution to the education and the society all over the world and for this reason, they are regarded of outmost importance by the International Olympic Committee, the International Olympic Academy and international Olympic education institutions all over the world. The spiritual dimension of the Olympic Games underpins the athletic, ethical and social education of young people all over the world. The Olympic Movement promotes the respect and cultural diversity in sports based on the spiritual value of the Olympic Games. Also, they are the best example of peace and social coexistence of athletes from different sporting and cultural backgrounds. The general philosophy of the Games is based on the peace and fair contest in order to create a peaceful sport environment and society limiting the violence and the discrimination.

The project aims to encourage and support the organization, development and coordination of sport activities for “all”. During its implementation, the participating clubs are expected to organize multisport activities for fans and citizens of their local communities in the model of the Olympic Games, spreading the message and values that these Games represent and improving the sport spirit and cultural exchanges between the participants. In addition, it pursues to facilitate the integration of minorities in local communities and fight the discrimination.​

View all posts by OlympiacosSFP

The European Commission support for the production of this publication does not constitute endorsement of the contents which reflects the views only of the authors, and the Commission cannot be held responsible for any use which may be made of the Information contained therein.